Working with Jasen continues to be a blessing for our whole family’s health and well being. Previously having worked with another Building Biologist while on a job away, I was even more appreciative of working with Jasen. The consultation and communication were smooth, thorough, and informative. He gave me guidance on which areas were the priority, and asked to what degree I wanted to implement the changes, and what would be the most effective and valuable. I also saved time and money, since I was about to order thousands of dollars worth of devices and material from an online company after going through their catalog. I felt very little pressure from Jasen, but more support, and a guided menu of options.

Initially I went for the most important changes. Most of which I hadn’t considered, nor would the items from the catalog have remedied. Then afterwards, I decided to make more improvements for our home space.

Ultimately we shielded the home from high intensity EMFs that were entering our apartment from the multiple rooftop cell towers and satellites (which we had no knowledge of since they were hidden), by adding a foil layer in crawl space above the ceiling. We filmed windows and painted walls with carbon paint to block and ground microwave radiation (as well as electric fields). And we created a sleep sanctuary including a simple breaker shut off to near-eliminate electric fields as well as voltage on the bed. I also wanted to improve our Wi-Fi situation inside. So I ordered a Wi-Fi device that was much more compatible to our health, and customizable, and we also hardwired the apartment with Ethernet.

My level of stress dropped significantly upon making the early changes. After the foil and carbon wall paint, my immediate stress reduction was about 25% in the space. After a week, it was 50%. The effects were cumulative, and now it’s higher.

Afterwards, I made some simple adjustments at work, and recently even to my trailer. Both of which had some high readings! The bed in the trailer was right on top of the breaker box and solar energy transformer. Jasen cut and made a G-Iron/foil layer under the bed in the trailer, to block and ground the high magnetic and electric fields. As well, we had an electrician install a small sine wave tamer (made initially for the military), to reduce the voltage spikes on the electricity in the trailer. Especially helpful since the solar panels created a lot of dirty electricity, which couldn’t be reduced further even with filters. Lastly Jasen set me up with a spike to ground the aluminum body of the trailer.

21st century stress is real and takes a huge toll. I want to save my energy, health, and mood for my family, and my own life. Instead of being exhausted, irritated, and wired-and-tired from all the radiation…most of it not even mine. I did a lot, yes, in stages. But only because each thing I did made my life experience better, and after being extremely depleted from my intense and demanding work and life, it was essential for my road back to health and well being. While not every home will require many changes, it’s good to at least know what is affecting you, and you can pick and choose the most bang for you buck, and health!

Navigating the world of non-native EMFs and their effects on our biology can be daunting and frankly a little worrisome. My journey started as a DYI project which included buying a variety of EMF meters. This only confirmed my suspicion; we are constantly exposed to all sorts of non-native EMF frequencies from dirty electricity, smart meters, Wi-Fi, cell phones, smart-appliances and all manner of wireless devices. Monitoring my daily non-native EMF exposure also made me realize that this exposure was constant and that turning off my own Wi-Fi at night and putting my phone on airplane mode was just not going to be enough. I needed an expert to help me mitigate my exposure and reduce the negative biological effects from this constant non-native EMF exposure.

Bringing Jasen in as a consultant was the perfect solution. Jasen was extremely professional and knowledgeable and in hindsight, I wish I had started this journey with his expertise to guide me. After our initial consult, and measurements with his professional meters, Jasen was able to put together a step by step plan to help me create a non-native EMF free zone in our bedroom. In my opinion, this is critical to improve sleep quality and to allow the body’s natural repair mechanisms to function. Having this EMF sanctuary not only allows us to increase energy production to detox and repair naturally, it also increases our resilience for all the other stressors and toxins we experience throughout the day. Non-native EMF might not be the sole cause for health issues, but it is definitely a contributor to everyone’s stress bucket.

I highly recommend Jasen to help you navigate the complex nature of our modern environment.

Eric Jones
Jasen is great energy, direct and informative! I’m super thankful to him for analyzing the full spectrum of my home in order to make it a safer place to live! This is potentially the best investment for overall quality of life I can imagine!
Cast'ahentrepreneur
Jasen Masek of Benchmark Environmental Homes, Business, and Urban Environments has been a Certified Building Biologist in Vancouver BC for a few years and is very good at finding problems associated with the Dirty Power in many homes and businesses.It is rare to find such people with the knowledge he has and he is always willing to learn more to benefit his clientele. We enjoy working with Jasen and his unwavering drive to succeed in helping people with problems within their sick homes and is relentless in finding solutions that can help with the issues associated with the EHS syndrome.Rarely do we see Building Biologists around the world that have the same dedication to their customer base and a certifiable knowledge and ability to seriously make a difference helping his customers. Keep up the good work
Terry StotynManaging Partner of Cratus Canada Ltd.
We contacted Jasen to check our rental house for any EMF concerns. We were horrified to find out that our young daughter’s bedroom was being blasted by EMF by our next door neighbour’s Wifi router even though it was a house away, and that her sleeping area had particularly high EMF readings. Jasen found many other areas in the house that had high EMF readings that we had no idea about. He was very thorough and knowledgeable about EMF and environmental issues. He helped us set up protective shielding so our daughter would be safe and guided us how to make our home safer. We are confident that when we go to buy our next home, Jasen will expertly guide us to make a great choice.
Lesley HortonMD
Jasen was such a valuable resource when I first learned about EMF’s and Air Quality and the resulting biological problems they can create. He was able to accurately detect problem areas and we were able to fix them together! Thank you Jasen you are such a great resource of knowledge!
Natascha Vogel
Jasen and Benchmark Environmental have allowed me to feel safe in my own home. Going through chronic illness - Lyme & mold - I felt it was important to minimize the factors in my home that could be holding back my health progress. With a short session, I learned a ton and now my home is a lot cleaner. I can't recommend Jasen and Benchmark Environmental enough.
Sean Galla
Before meeting Jasen I was totally ignorant about the negative impacts of electro-magnetic radiation from cellphones and wifi. Jasen used his EMF metres to measure my home and gave me specific recommendations on how to improve the quality of my space. I sleep soundly now knowing that my risks are mitigated. 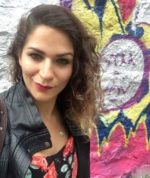 Judy Rom
I highly recommend having an assessment done by Benchmark Environmental. They were very knowledgeable, professional, and kept me informed throughout the process. I learned a lot about the air quality and types of electromagnetic waves (i.e. from cell phones, WiFi, and electricity) in my home. The best part was that they taught me specific ways to reduce these types of pollution. Since the assessment was done, we have noticed our sleep, allergies, and anxiety levels have improved.