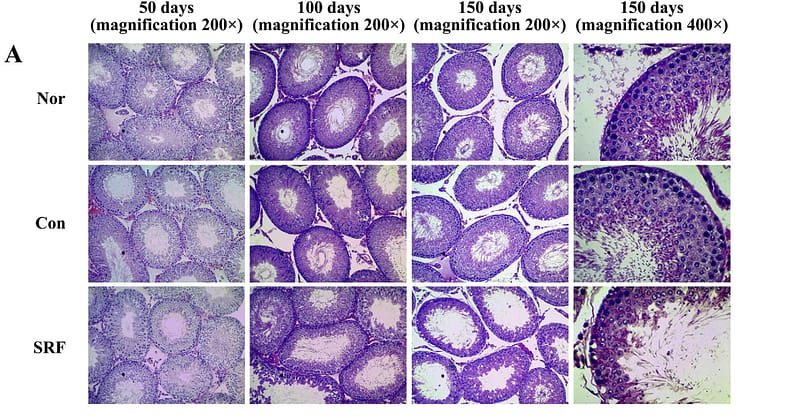 Male infertility and EMF Exposure are on the rise. How do they relate, and is our increased radiation exposure causing male infertility?

A July 2017 study revealed among men from western countries, sperm counts declined by almost 60% in less than 40 years. Fertility scientists have been observing and debating the potential causes of sperm count decline for decades.

There are currently 421 studies/articles using different modalities that indicate a negative biological effect of electromagnetic fields (EMF) on sperm.

A leading fertility researcher, Dr. Ashok Agarwal of the Cleveland Clinic has published many studies on EMF radiation and male fertility.

In 2008, Dr. Agarwhal studied the relationship between exposure to cell phone radiation and infertility in 361 men, divided into four groups:

The results revealed statistically marked differences in sperm quality, and fertility, between the groups. Findings demonstrated a  “dose-response” relationship between exposure to cell phones and decreased fertility. In conclusion, the study findings showed the decrease in sperm parameters was dependent on the duration of daily exposure to cell phones and was independent of initial semen quality.

The problem with studies

We have known that non-ionizing EMF has an effect on male fertility since as early as 1959, however, research has been hindered by unreliable and low-quality studies. I have yet to find a study that proves otherwise – that having a cell phone in your pocket is totally safe for sperm. It has been noted inconclusive studies and those lacking significant findings are a result of shortcomings in methodology. Ie.only exposing for 80 days, which is not nearly enough exposure time.

Despite the lack of high-quality studies, global experts unanimously recognize the need for further research. More information on how to increase male fertility is required and a recent study found a means.

One of a kind study

In August of 2019, the results of a one of a kind study from China were published. The exposure model was unique in that it did not radiate the whole rat, just the testicles. Additionally, they took steps in the study to avoid other parameters like the stress of the rats, quality of sperm in tested rats, and then had the rats mate. They also avoided the idea of heating the testicles, they wanted to know just what the non-ionizing radiation was doing.

Heating does not increase male fertility

The phone in your pocket, irrespective of the size, emits some amount of radiation and it might be causing infertility. There has been much talk about how phones with high SAR (specific absorption rate) value can potentially damage the body at a cellular level, but not enough attention has been paid to the damage they can have on sperm. SAR measurements are done with heat.

Newer studies from 2015 onwards focus on the non-heating aspects like frequency, power density, and the strength of electric fields that are also produced by cell phones. The study from August 2019 avoided this issue by only allowing a max of about 1.05 w/kg rather than the regular 1.6 – 2.0 W/kg.

To learn more, click here to check out part 2 of this blog, where I explore the methodology and results of the August 2019 study in more detail.

Have more in-depth questions?  Click here to book a free 15min phone consultation with me.