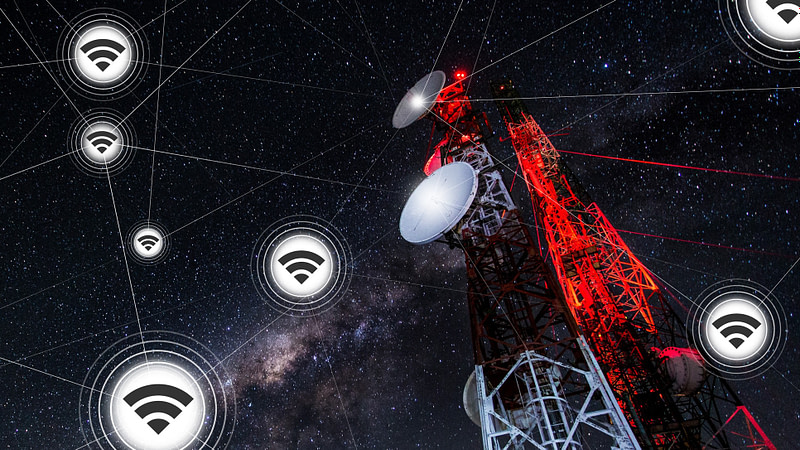 In this series of studies, Obajuluwa evaluated cellular damage from abnormal absorption of magnetic and radio waves – and the results are alarming – to say the least. The goal was to assess the biological and neurological-behavioral effects of 2.5-3 GHz band radio-frequency electromagnetic waves (RF-EM) using rats as a model of human health.

Objective: Investigate the injurious effect of radiofrequency emissions from installed Wi-Fi devices in the brains of young male rats.

Method: Rats were divided into four equal groups; group 1 served as control while groups 2, 3, and 4 were exposed to 2.5 GHz at intervals of 30, 45, and 60 consecutive days with free access to food and water ad libitum.

Method: The rats were divided into four groups namely; group 1 was control (without exposure), group 2–4 were exposed to 2.5 GHz radiofrequency waves from an installed WI-FI device for a period of 4, 6, and 8 weeks.

Result: WiFi exposure caused a significant increase in anxiety level and affect locomotor function, a significant decrease in AChE activity with a concomitant increase in AChE mRNA expression level in WiFi-exposed rats when compared with control. The data revealed adverse effects such as mild to severe brain DNA damage with increased exposure indicating its neurotoxicity and link to other brain-related health problems.

Method: Rats divided into four groups in wire mesh cages 50cm away from the Wi-Fi receptor antenna. Group 1 was control (without exposure), group 2–4 were exposed to 2.5 GHz radiofrequency waves from an installed WI-FI device for a period of 4, 6, and 8 weeks with alterations in hematological and biochemical parameters noted.

Concern for the negative health effects of EMF exposure is certainly on the rise among scientists and the public. More awareness, funding, and research are crucial to better protect ourselves. On the basis of recent research, a leading group of global scientists (including Adejoke Obajuluwa) expressed their grave concern in an international appeal to the United Nations (UN) to encourage the World Health Organization to lead the development of stronger EMF regulations and better public education on related health risks.

Excerpt from the appeal

“Numerous recent scientific publications have shown that EMF affects living organisms at levels well below most international and national guidelines. Effects include increased cancer risk, cellular stress, increase in harmful free radicals, genetic damages, structural and functional changes of the reproductive system, learning and memory deficits, neurological disorders, and negative impacts on general well-being in humans. Damage goes well beyond the human race, as there is growing evidence of harmful effects to both plant and animal life.”

Check out the below interview with Dr. Obajuluwa to take a deeper dive into the studies!

Concerned about EMF levels in your home or workspace? Have questions?  Click here to book a free 15min phone consultation with me.

PrevPreviousElectromagnetic Radiation at Home: 5 Ways to Limit Exposure
NextTalking EMF Awareness and Mitigation on the Blooming! A Healthy Home By Design PodcastNext